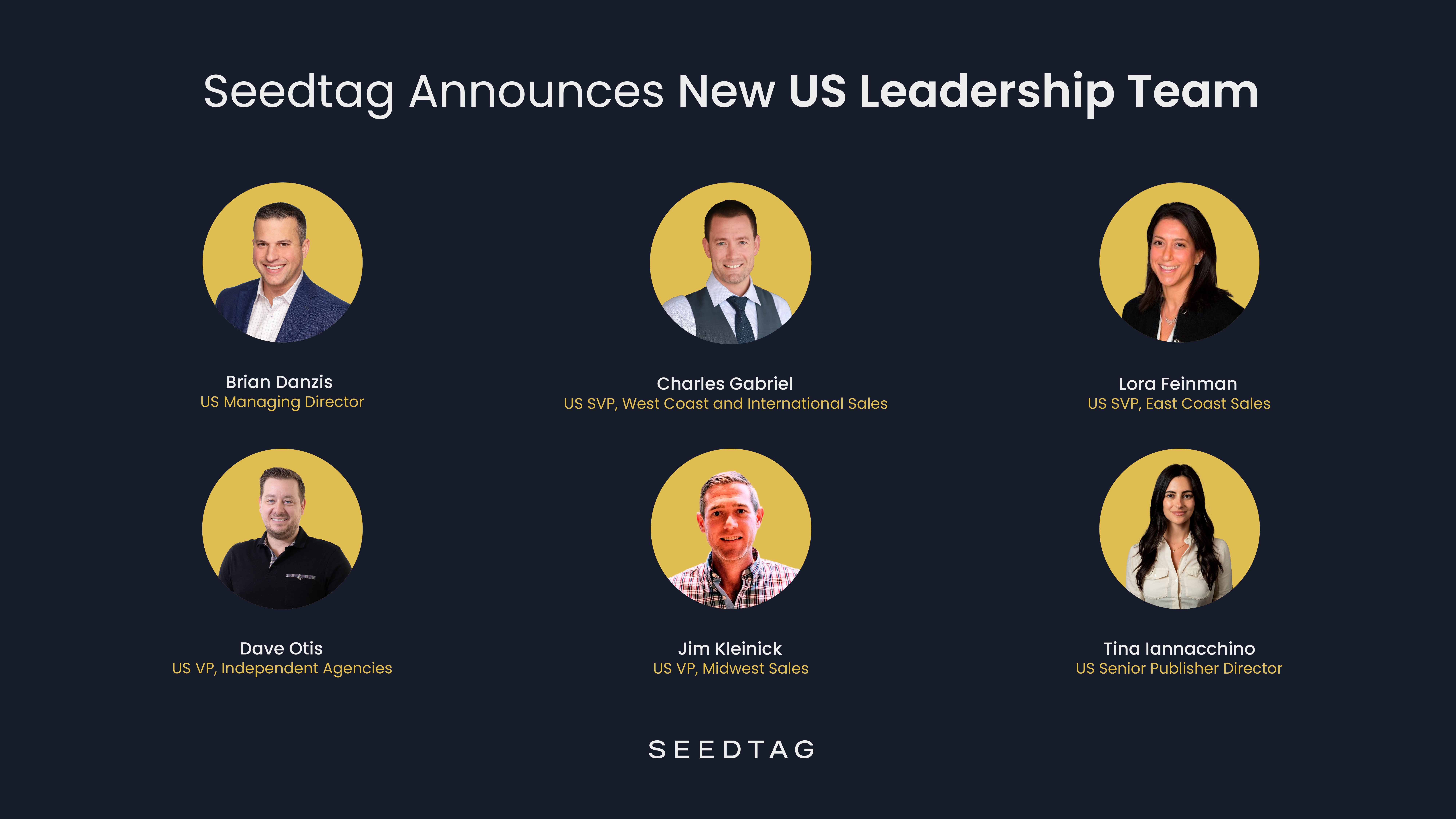 Seedtag, the leader in contextual advertising in EMEA and LATAM, has announced the appointment of its US senior leadership team; this follows its recent €250M funding round from Advent International and opening of US headquarters in New York in July 2022. Led by US Managing Director, Brian Danzis, the company is poised to further expand to a number of major US cities by the end of 2022 and has hired senior executives to drive its sales and publishing teams.

As Managing Director, Brian Danzis will be responsible for the company’s growth and strategic guidance of the US team across its existing offices in New York, Miami, Chicago and Los Angeles. With over 20 years of experience in advertising, sales and marketing in North America, he has held a number of leadership positions in digital media and has built a reputation as an exceptional leader. Before joining Seedtag, Brian served as EVP, Agency Solutions for VideoAmp where he managed the national sales team. Prior to this, he was Global Head of Video & Live Event Sales at Spotify where he developed and executed the platform’s go-to-market strategy of its video ads business.

Seedtag has also welcomed the following executives into its sales and publishing teams:

“We’re beyond thrilled to welcome Brian and the rest of the senior team into our organization,” said Albert Nieto, Co-CEO and Co-Founder, Seedtag, who also recently relocated to New York after the launch. “They bring a wealth of immeasurable experience to the company and it's exciting to see how our company has expanded since we launched in 2014. I’m certain that each of them will serve as outstanding leaders to their teams and I look forward to an excellent working relationship with them all.”

Speaking on the appointment, Brian Danzis said, “Watching Seedtag’s growth over the years has been nothing short of phenomenal and I am incredibly honored to be leading the team in its next phase of growth across North America. The team’s collective expertise across the digital media landscape will be an unstoppable driving force as we help advertisers increase the effectiveness of their campaigns whilst ensuring users’ privacy.”

Seedtag has, since its launch in 2014, built a privacy-first solution for advertisers and pioneered the use of AI and machine learning to create the best contextual product available in the market. Working out of the New York headquarters alongside Brian, Albert Nieto will support the company’s US expansion by leading its International Sales, Marketing and Finance teams.
Previous Release
Next Release